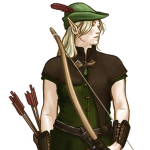 I started playing EE when I was seven years old. I couldn't understand as much of it then as I do now, but I loved it. Three years later, our PC broke down, and it was another three before we could get another PC. By then our EE CD had become damaged, and so we gave up on it. Then in October of 2019, through all manner of luck and effort, we had it on our computers (no need to share a CD) along with the Art of Conquest Expansion.

With the Wiki Edit

I came across this wiki in November 2019. I was suprised to see it, as well as disappointed that there not much activity and a lot of red links. I decided to help out a lot, including creating consistent page structures and portable infoboxes. But there limitations as to how much I could do, and through the suggestion of another user I decided to adopt the wiki.

I contribute all over the place. I like creating and improving pages. I like to go through one campaign at a time, adding the scenarios, units and characters featuring in the campaign. I'm not too comfortable with editing pages about things I don't know about, which is why I don't edit too much on articles concerning the other EE games. It would be really nice to have more consistent contributors around here, and I look forward to working with them.

Some Facts about Me Edit

Create/migrate/alter infoboxes and other templates for:

Retrieved from "https://empireearth.fandom.com/wiki/User:ZioreRogue?oldid=10827"
Community content is available under CC-BY-SA unless otherwise noted.