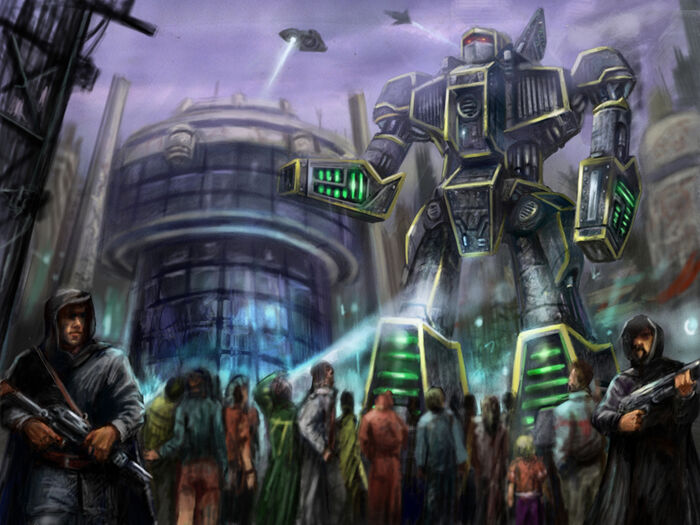 Russian Campaign is the fourth and last campaign of Empire Earth. It is based on the fictional country Novaya Russia, and set in the near future. It is made of six scenarios and is generally considered the hardest campaign in the game. During the campaign gameplay you switch through the ages: Modern Age, Digital Age and Nano Age.

The official description of the campaign is: "Following the collapse of the Soviet Union in the early 1990s, the proud state of Russia struggled to find its place in the new world order. But after 25 years little forward progress was made. Now, street-wise young man named Grigor Illyanich Stoyanovich is promising to return Russia to its rightful place as a powerful and respected nation. In his heart burns the ambition to build the greatest empire ever seen on Earth."

Being a full story, the campaign has numerous characters, both playable and unplayable.

Retrieved from "https://empireearth.fandom.com/wiki/Russian_Campaign?oldid=8956"
Community content is available under CC-BY-SA unless otherwise noted.